Homeserver. Standard. Something with a bit of space for backups, entertainment and for sure to be a seedbox. I decided to build on based on an apu2c4 board cause they don’t need much power and have good reliability. Sadly the have only one SATA port so another an additional controller is needed to get a RAID running. Plan was to get at least 8TB netto capacity with 1 parity (like RAID).

But lets start from the beginning. I got a small 19” office rack in which I wanted to migrate all my home computers. Sadly it only has around 45cm usable depth cause it most probably was meant for office networks so I needed very short cases. After a while of searching for something that fits an has 3,5” HDD Trays with a backplane I found this one Case was good so far, the backplane and the miniSAS connector still give me a headache, but that’s another story.

However the case fit into the rack and I was able to fumble a small power supply and the APU Board inside with a bit mechanical adaption. In German one would call it “hemdsärmelig”.

Afterwards I got stuck for a few day while I was trying to get the APU Board running without Seabios just with a self compiled Coreboot which directly has GRUB OS as payload. But that is again, another story.

So the hardware which is being used is: 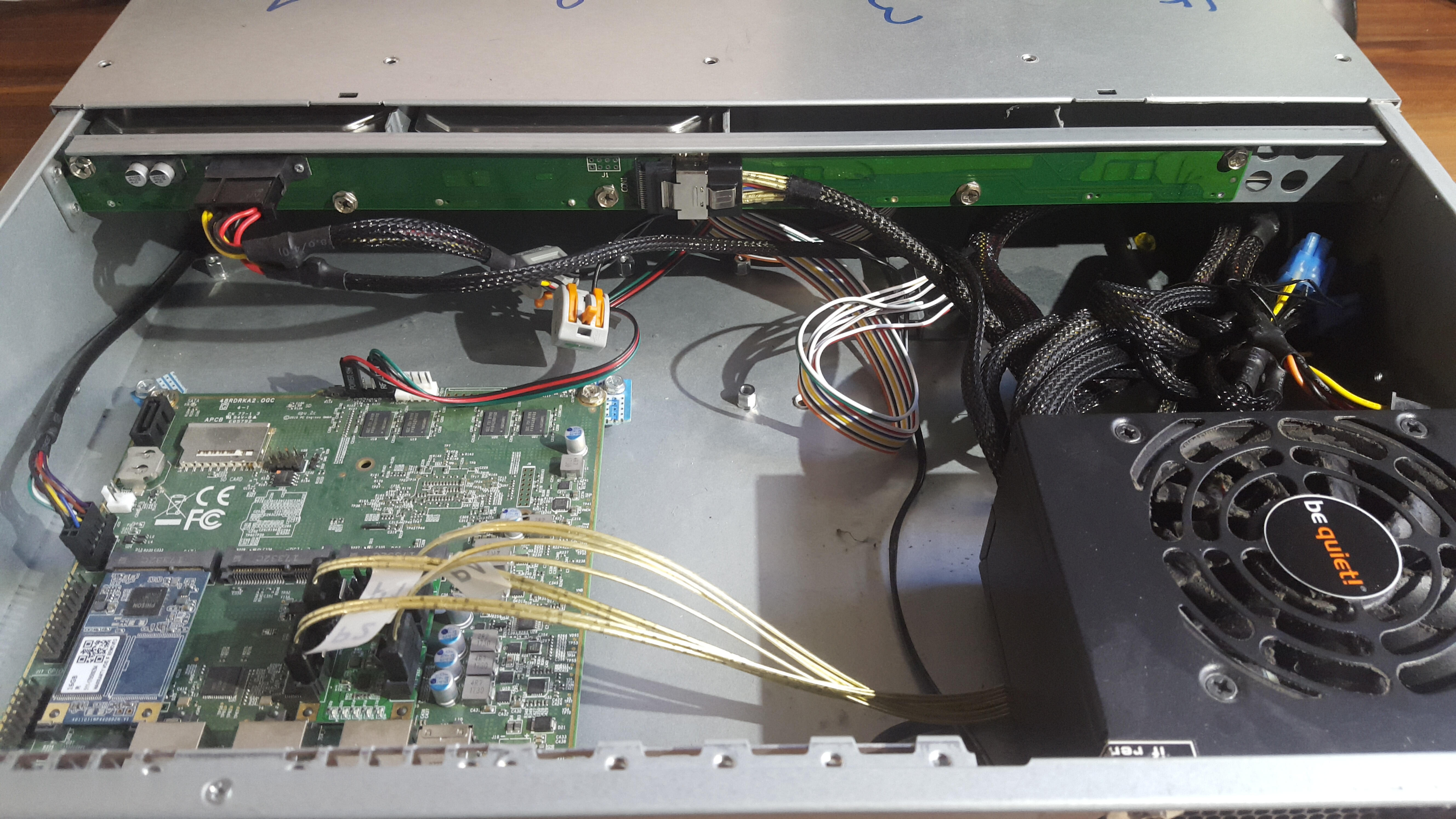 Anyway the first intention was to have a working storage server I setup the following software baremetal:

No crypto! Because I still have my last homeserver around which I am not able to access anymore, but that’s a whole different story about which I won’t blog. So for now the thing works.

Update During the process of deciding for HDD to use, I read a lot about Shingled Magnetic Recording (SMR) and decided not to buy HDDs working this way, just because I mistrust new technology and the writing performance isn’t great. I decided to buy the Seagate Barracuda disks because they were confusingly cheap and I already wondered at that time why they have so much cache (256MB). According to this blogpost the drives actually are using SMR, although it’s not mentioned. -10 for Seagate!

Update In the meantime Seagate has released a list of their disks and which technology they are using.